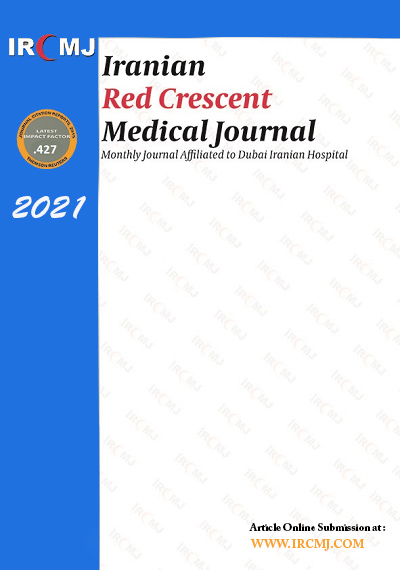 Background: Diabetic neuropathy is a complication of diabetes causing damage to the nerves.

Objectives: Considering the neuroprotective anti-inflammatory antioxidant characteristics of statins, the current study aimed at determining the effects of atorvastatin on diabetic neuropathy through assessing the involvement of the N-methyl-D-aspartic acid (NMDA) receptor, factors of oxidative stress, and inflammatory cytokines in rats with diabetes.

Methods: Male rats were randomly assigned into six groups of saline- and atorvastatin-treated controls, streptozotocin-induced diabetic animals treated with vehicle, diabetic animals treated with morphine (5 mg/kg), and rats treated with atorvastatin (10 mg/kg/day for 10 weeks) alone or in combination with NMDA receptor agonist. The hot plate and formalin tests were carried out on the rats. Moreover, malondialdehyde level, catalase and superoxide dismutase activities, and levels of interleukin 1 beta (IL-1β), interleukin 6 (IL-6), and tumor necrosis factor alpha (TNF-α) in the dorsal root ganglia (DRG) of the animals were measured. Finally, the expression of the NMDA receptor in DRG was investigated in the current study.

Results: According to the findings, diabetes resulted in analgesia in all the tests, and pretreatment with atorvastatin exacerbated diabetes-induced analgesic effects in the hot plate test and early phase of the formalin test (P≤0.01 and P≤0.05 in comparison to those reported for the diabetic vehicle-treated group, respectively). The injection of NMDA could reverse the atorvastatin-induced analgesia in the hot plate test (P≤0.05). Diabetes caused an increase in the levels of IL-1β, IL-6, and TNF-α in DRG in comparison to those reported for the control group (P≤0.05). Furthermore, the pretreatment of rats using atorvastatin could significantly reverse the increase in TNF-α level (P≤0.05).

Conclusion: Atorvastatin showed analgesic properties, which might be acting through NMDA receptors and reduction of inflammatory cytokines.