The Role of Vitamin D Supplementation in the Treatment of Primary Hypertension: A Double-Blinded Randomized Placebo-Controlled Clinical Trial

Background: Hypertension is one of the most serious global concerns since it has affected over 1.2 billion people.

Methods: In this double-blinded randomized placebo-controlled clinical trial study, 116 hypertensive patients (intervention and placebo groups, 58 each) with vitamin D deficiency (< 30 ng/mL with ECL) for 14 weeks, started from the beginning of autumn 2019 in Seyed-al-Shohada Educational Hospital in Urmia City. Fifty-five patients (49%) were male with the mean vitamin D 15.89 ± 5.09 ng/mL and 57 females with 17.29 ± 6.31 ng/mL. In a stratified blocked randomization scheme, the patients were randomly allocated into similar sized intervention and control groups based on body mass index (BMI), then the randomization with four block size was performed in each of strata by random allocation software. The intervention group received six doses of 50,000 IU vitamin D supplements for 6 weeks, then two supplements for two following months (one capsule per month). Blood pressure (24/h blood pressure measured by an ambulatory blood pressure monitoring device), vitamin D, FBS, and lipid profile (HDL, LDL, CL, and TG) were all measured at baseline and end of the study. Physical activity (measured by short IPAQ questionnaire), sun exposure using a questionnaire, dietary intake of vitamin D using three 24-hour recalls during the intervention, and anthropometric indices were measured at baseline, middle, and end of the study. Fifty-six patients in each group completed the study. The study was approved by the Ethics Committee of the Urmia University of Medical Sciences (ethics code: IR.UMSU.REC.1398.192).

Hypertension is one of the most common modifiable risk factors for premature death worldwide (1, 2). It is mostly asymptomatic, but identifiable and treatable disease, and if left untreated, it can cause long-term damage to the heart, blood vessels, and other organs (1, 3). According to the Seventh National Joint Committee (JNC7) report, systolic blood pressure (SBP) higher than 140 mmHg or diastolic blood pressure (DBP) higher than 90 mmHg is considered hypertension (4). Hypertension has been divided into two types of primary and secondary that primary hypertension accounts for 90% of cases (5). Primary hypertension has unknown etiology, and it occurs when the balance between vasoconstriction and vasodilation of the arteries is compromised, and the involved artery remains in contraction state more than usual (6, 7). In secondary hypertension, blood pressure results from a major problem that can be identified and treated (8). Secondary hypertension can be caused by a variety of diseases, including renal parenchymal disease, renal artery stenosis, primary aldosteronism, phaeochromocytoma, and Cushing’s syndrome (9).

It should be noted that ambulatory blood pressure monitoring is the gold standard for the diagnosis of hypertension, which includes daytime, nighttime, and 24-hour blood pressure (10).

Currently, 1.4 billion people worldwide have hypertension, and according to the World Health Organization (WHO) prediction, it will reach 1.56 billion until 2025 (11, 12). According to the WHO report, hypertension results in deaths of more than 10 million people worldwide annually (13). Recent studies in Iran estimated that the overall prevalence of hypertension is 22%, and some evidence suggests a growing trend of this disease, and its prevalence in urban areas is higher than in rural areas, but it remains the same in both sexes (2).

Various studies indicate that in addition to bone health, vitamin D deficiency can affect a number of acute and chronic diseases such as hypertension in which the results are still inconclusive (14-17). It is now generally accepted that vitamin D deficiency is a serious problem worldwide, and the lowest seasonal concentration of 25-hydroxy vitamin D is commonly seen in winter and spring (14, 18). Some studies report that about one billion people have vitamin D deficiency globally (19, 20) of which around 40 to 100% are the elderly living in Asia, Africa, and Western countries (19).

Given the possible mechanisms (15) high prevalence of hypertension, vitamin D deficiency, and their side effects, the present study was designed to determine the effect of vitamin D supplementation on blood pressure, fasting blood sugar (FBS), and lipid profile in hypertensive patients with vitamin D deficiency (< 30 ng/mL).

The purpose of this study was to determine the effect of vitamin D supplementation on blood pressure, FBS, and lipid profile in hypertensive patients with vitamin D defi- ciency.

This study was a double-blinded randomized placebo-controlled clinical trial compared to placebo in 116 patients with primary hypertension and vitamin D deficiency (< 30 ng/mL) (intervention and placebo groups, 58 each). Based on the inclusion and exclusion criteria, the participants were recruited from hypertension clinic and then were allocated into the two intervention and control groups, according to the stratified block randomization program (based on BMI), then the randomization with 4 block size was performed in each of strata by random allocation software. The participants and researchers were both blinded to the trial. For this purpose, placebo capsules were prepared and coded in the same color, shape, and size as vitamin D supplements. Vitamin D and placebo supplements were given to participants by the third person in the study, and their code was recorded. At first, six vitamin D supplements (50,000 IU, one capsule per week) and six gelatinous placebo capsules were administered to the participants for the first six weeks. Then they received two capsules for two following months (one capsule per month). During the intervention period, the patients were checked by phone calls to ensure they have taken the supplements. All patients were also advised to continue their prescribed blood pressure medications. Physical activity (by short IPAQ questionnaire), sun exposure (by Sun exposure questionnaire), dietary intake of vitamin D (24-hour recall), and anthropometric indices were measured at baseline, six weeks, and the end of the study (after 14 weeks). Blood pressure (by ambulatory blood pressure monitoring in 24-h), serum vitamin D levels, FBS, and lipid profile [high-density lipoprotein-cholesterol (HDL), low-density lipoprotein-cholesterol (LDL), cholesterol (CL), and triglyceride (TG)] were measured at baseline and end of the study. Blood pressure was double-checked in the sixth week using a digital barometer. Daytime blood pressure was recorded from 6 AM to 11 PM, and nighttime blood pressure from 11 PM to 6 AM. It should be noted that, at the end of the study, free vitamin D supplements were given to all those who received the placebo supplements.

General information of all participants, including age, sex, occupation, education, major residential areas (city or village), history of hypertension in parents, medical information, and the types of consumed dietary supplements were collected. Hypertension was diagnosed by a cardiologist on the basis of having SBP ≥ 140 mmHg or DBP ≥ 90 mmHg in several office measurements or being on self-reported hypertensive medications (4). Blood pressure was measured by a German digital barometer called SANITAS.

Blood samples were taken from all subjects in the sitting position to assess serum levels of vitamin D. The Abbott R1000 kit manufactured by the Abbott architect was used to measure it.

The sample size was calculated based on 24-h SBP (12 ± 129.7 mmHg in the control group and 123.9 ± 9.2 mmHg in the intervention group), in the study of Chen et al. (20). Based on the 95% confidence interval (Z1-α/2 = 1.96) and the 80% test strength (Z1-β = 0.84), 53 individuals were calculated in each group using Equation 1. Considering a 10% probability of loss to follow up, the sample size was finally calculated by 58 people in each group. Data were analyzed by SPSS16, and the significance level was a considered P value of less than 0.05. Quantitative variables were reported as mean ± standard deviation and qualitative variables as number (%). The normality of data was evaluated by the Kolmogorov-Smirnov test. Independent t-test or Mann-Whitney U-test were used to compare the mean of quantitative variables. Person’s chi-square test was used to compare the frequency of qualitative variables between the two groups. Changes in the variables between groups before and after the intervention were measured by paired t-test or Wilcoxon test. Those data measured three different times (baseline, 6th weeks, and the end of study) were also analyzed by repeated-measures test (office blood pressure, weight, waist circumference, BMI, and dietary intake).

During the study, two patients in the intervention group were excluded due to not consuming vitamin D supplementation as requested and changes in hypertension treatment. Moreover, two patients were excluded from the control group due to getting a weight loss diet and finally, 112 patients completed the study (56 in each group) (Figure 1). In this double-blinded randomized placebo-controlled clinical trial, 116 patients with concomitant hypertension and vitamin D deficiency (< 30 ng/mL with ECL) were included in which 49% of the participates were male. The mean vitamin D concentration in all participants was 16.60 ± 5.76 ng/mL. Demographic characteristics were similar between the two groups (Table 1). The mean waist circumferences in the control and intervention groups were 104.49 ± 10.93 cm and 104.58 ± 8.76 cm, respectively (P = 0.963) (Table 2). 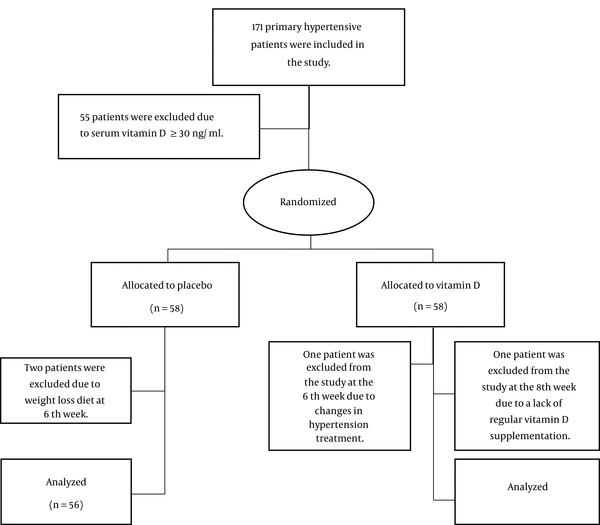 Figure 1. The flowchart of participant recruitment in the studyTable 1. Baseline Characteristics of the Participantsa

Table 2. Comparison of the Mean of Other Characteristics Between the Two Groupsa

Table 3. Characteristics of Sun Exposure Questionnaire in Patients Stratified by the Presence of Vitamin D Deficiency and Hypertensiona

Table 5. Comparison of the Mean of Changes Between the Two Groupsa

Table 6. Comparison of the Mean of Factors Between Two Groups in Three Timesa, b, c

cT1, baseline of the study; T2, 6 weeks after the intervention; T3, end of the study; Ptrend, comparison of mean changes between the two groups.

Table 7. Comparison of Mean Changes Systolic and Diastolic Office Blood Pressure Between and Within the Two Groups in Three Times

Chen et al. (20) showed that a one-ng increase in plasma 25-hydroxy vitamin D level decreases systolic blood pressure by 0.2 mmHg (P = 0.02) with no effect on DBP (P = 0.37). In the study done by Nasri et al. (27), the positive effect of vitamin D supplementation (50,000 IU vitamin D for 12 weeks) on SBP and DBP of patients with type 2 diabetes was confirmed, which is in line with the results of this study. In another double-blinded randomized clinical trial conducted in Scotland, vitamin D treatment did not have any effect on the reduction of 24-hour blood pressure. The contradiction between different studies can be attributed to factors such as BMI, obesity, physical activity level, dietary intake of vitamin D, and sun exposure.

The limitations of the present study are as follows: firstly, there is a probability of recall bias due to the retrospective nature of the study; secondly, for the ease of data collection and considering the patients’ health conditions, the questionnaires were filled out by the cooperation of researchers. Since blood pressure changes based on individuals' circumstances, the researches attempted to reduce this limitation by using ambulatory blood pressure monitoring, as well as homogenization of medications used for hypertension in both groups. To overcome the possibility of over- and under-reporting, the elicited dietary intake was adjusted for the total energy intake. Finally, the study attempted to eliminate the effect of all known confounding factors such as BMI level, physical activity level, vitamin D intake from diet and sunlight in analyzing the data. It is recommended to employ large scale assessment studies to measure the effect of vitamin D supplementation on blood pressure levels in a variety of populations.